recently i've been kicked from one of my favorite servers, the reason? because the admin pulled some rule out of their ass. and frankly i am a bit mad about it, i enjoyed the community there. hell i would be sharing this page there if i was still in it! the only way i can get back in is to unblock someone i really don't like, and i'd really rather not do that.

this is rose (rosie!!!)
she is a rescue we got, she's two years old and i love her to bits, she is officially "my cat" meaning i can take her when i move out, and also meaning i get to take care of her, which is honestly a pretty good thing i think. i've been in a real slump lately, like slit my wrists kind of slump. you get it. but having a companion really helps a little i think (p.s. it just hit midnight) because it helps me have a reason other than myself to stick around, i have to feed her and look after her now, so it sort of gives me a reason to stay alive, i guess.

and i just really like cats.
i really want to remake my anime page, i have a decent idea in mind for it i think, the execution will be the real issue. 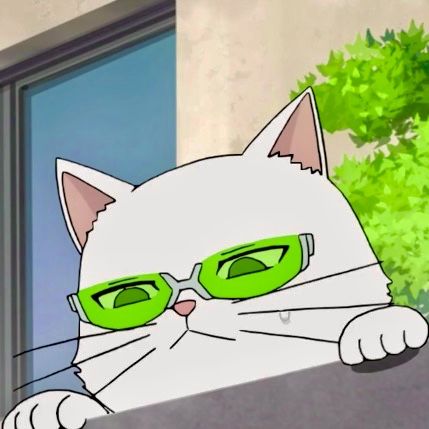